One of the challenges facing a higher education institution trying to choose a new learning management system is the blind taste test that passes for product demonstration.

Typically this involves being hustled through a demo site that’s been populated with made-up students in imaginary classes exchanging imaginary one-liners with each other via a discussion board, while imaginary academics set up imaginary course content, and the whole thing flows through to imaginary gradebooks or generates imaginary tracking reports. Because the number of dummy identities is invariably about 20 or so, and their communication is limited to brief sentences (although some only manage to mutter “test test test”), it’s a highly contained exercise in imagining how online learning actually works.

Really, it’s like trying to compare the liveability of two different cities by flying over them. Once you’re far enough above the ground, they all look more or less the same.

But even down at the level of the pavement, sometimes a big LMS can still seem kind of samey. It’s the way they boil it all down to workflow automation. Their big offer to us is couched in the way that they’ll shoulder the burden of our routine tasks using power tools that we can set and forget: learning frameworks, templates, rubrics, analytics, objective-based progressions, competency measures.  In the background there’s the sound of jackhammers as content gets thumped into the content repositories (which, touchingly, rhymes with suppositories).  And on every billboard, at every corner, they promise us we’ll be able to see our very own corporate brand.

At this point in a vendor demonstration, there’s often a hopeful little pause as though the entire audience will break into spontaneous applause at the sheer going-forwardness of it all.

Of course there are limits to the ways in which these mega-systems differentiate themselves from one another, given that they’re all in the same trade, and they’re all watching each other very closely.  But I’m starting to get a little antsy at the way in which they’re setting the priorities of higher education. Thrilling as all these tools might be—and certainly I know people who get genuinely excited at the thought of analytics that enable us to quantify and aggregate the ups and downs of student outcomes across the whole enterprise—they seem to me to miss some fundamentals in the debate about where online learning should sit in the future university.

A little while ago, Nigel Thrift argued that as much as we need “debate about the future”, we also need to work this out within a realistic sense of our institutional constraints: “The financial model of many universities is marginal, even when they have endowments of some size.”

The 2011 Inside Higher Ed survey of College and University Presidents makes a similar point: the most pressing concern for US colleges and universities is budget cuts. The 956 CEOs surveyed would see some benefit in outsourcing services (36%), retiring older faculty (35.8%) changing tenure policy (34.5%) or increasing teaching loads (34%) but recognise the political consequences of doing so.  However, among the strategies that are both effective and politically acceptable, 36% nominate “launching/expanding online education programs”.

So it’s no wonder that scepticism about online learning is on the up. Workflow automation is certainly one of the ways in which a larger number of students can eventually be handled without expansion of staffing, once the kinks in the implementation have been fixed, and all the staff involved have figured out how to assign the burden of routine tasks like content delivery, grading and feedback to the system, and providing no one expects to keep their content up to date or provide much in the way of nuanced or personalised feedback. It’s a kind of inside-outsourcing: a card trick with funhouse mirrors.

But denouncing online learning itself as the big sell-out just won’t do. Among other things, this ignores the counter-narrative of the edupunk philosophy and its strong alliance with critical pedagogy, community learning, social networking, resilient education and DIY.  It ignores all of the good reasons why online learning communities work, when they do, and it minimises and disparages the creativity and commitment of teachers and students who’ve made themselves at home out there. And surely we’ve moved on from arguing that being online is a failed copy of some more authentic, more human, more touchy-feely real?

I can’t buy into this. What really bothers me is the way in which the LMS business world, with its tiny number of huge corporate players, is setting the rules for higher education, and we’re letting it happen.  This week’s news that Blackboard has been swallowed by Providence Equity makes clear how little control we can expect over the future design of the product to which we’ve mortgaged the farm. Here’s how it appeared in the Chronicle of Higher Education:

The move will also help the company become more agile and to invest for long-term growth, Mr. Henderson said. As a public company, “there’s a lot of buzz that you don’t control,” Mr. Henderson said. “Just the basic stealth of being able to conduct business outside of the limelight is important.” …

However, Mr. Henderson played down the possibility that Blackboard might scale back in some areas, although he said the company had not yet discussed those issues in detail with Providence. The key question is not where Blackboard will pare back, he said, but “where do we decide to lay down additional markers?”

“What do we decide that we’re going to really put our shoulder to?” he added.

Tough call.  No doubt they’ll let us know when they decide, going forward. 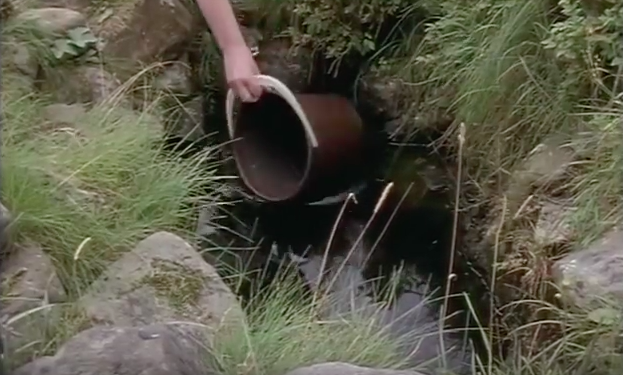