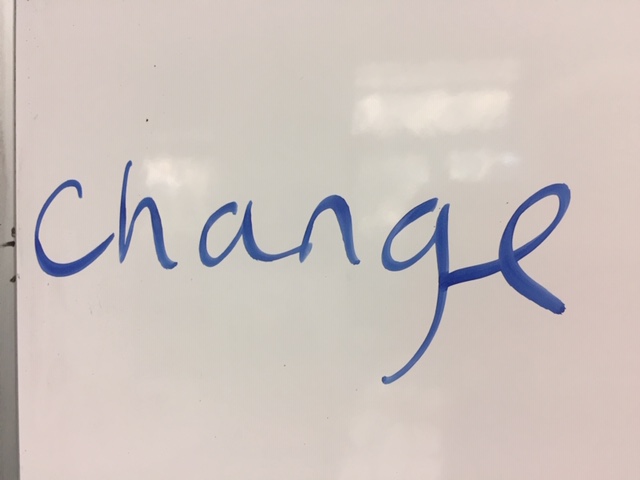 Do we or do we not live in a world in which we assist each other?

We’re in the last few weeks of the class in which students use narrative methods to explore their experiences of working, along with those of their families, friends, workmates, managers and strangers. We’re thinking together about the fact that “the future of work” has a cultural history, and a vivid, anxious present. And all around us the imagination of work is getting pretty hectic:

Embedded with smart sensors and speech recognition software, your workplace will take care of much of the administrative day-to-day: transcribing meeting notes, scheduling conference calls, responding to routine emails and generally serving as a dutiful member of your team. Open, naturally lit spaces designed for your wellbeing will accommodate the varied work styles, privacy expectations and personality types of the teams that occupy them. Your office will feel more like a person, a colleague or life coach, who guides you toward your best self, or at least your best working self.

Steelcase (office furniture), How artificial intelligence, smart data and the gig economy will transform the future of work, 2019

Like all of us, Generation Z has learned to work by watching work. Their culture is saturated with conversations about work, images of work, worries about work. Every social media network, every passing billboard: there go the working people. Working people are buying cars, paying mortgages, wearing hard hats, pointing at screens, passing smoothly through the life stages to retirement and funeral planning.

“How good are jobs?” asks the Prime Minister. “The best form of welfare is a job“, he tells us. The slogans gesture to a horizon of full-employment opportunity that the statistics don’t support, especially for older workers.

People who can’t find these jobs have their heads in their hands.

The family experience of work and welfare is familiar to our students. They’ve watched their loved ones go out to work and come back, work from home, bring work home, talk about work at home, love their jobs, hate their jobs, get laid off, jump from job to job, stay in the same job for years, start businesses, lose hope, keep going. They’re bringing these stories back to us in class presentations: generational and community histories of work and its changing values. Who has worked for passion? Who has worked to support others? Who had the freedom to quit a job? Who kept going even when told not to speak their own language at work? What forms of invisible and uncompensated labour prop up the paid labour market? Who is a carer? Who works while managing illness or disability?

And the students gathering these stories have been getting the measure of workplaces from the inside since they were fourteen years old. They are skilled and experienced at working. They miss class to work, not because they’re not committed to their studies, but because they know how to hold down a job, and often more than one job. They are proud of what they do. From the evidence of their stories they are already experienced in some of the worst aspects of work as a place of harassment, bullying, and harm.

I’m still thinking about the young hospitality worker whose regular customer in a small cafe refused to accept coffee made by his hands because he’s gay. The customer kept coming back and the barista kept working, stepping back to let someone else do it, day after day.

How good are jobs?

In this class, we use a simple method of reflective practice that draws on the work of Australian social worker Michael White, extended after his death in 2008 by his many colleagues who continued to write within and for the field of narrative therapy that he developed.

In a therapeutic context, narrative is a strengths-based approach to examining the situation we find ourselves in, and this can extend to experiences of severe harm and trauma. In an educational setting, where the challenges may seem at first glance to be less severe, the framework still applies. Focusing on small events in which we’ve made choices that have led to good outcomes, we learn that we each have distinctive skills and preferences, that we’ve applied with success in the past. We notice that these skills and preferences have supporters in our lives: people around us know that we have these values, and they encourage us to stick to them. Knowing that these skills and values have been useful before can help us choose how we would like to move forward now.

The ability to reflect and reconsider by composing these values-centred stories also helps us navigate grievance or frustration at work. Even the simple act of giving a name to the one thing that really matters to us can dislodge us from a workplace back-and-forth where we’ve become stuck. Rather than continuously explain what has gone wrong, or what feels difficult to change, we listen for scraps of evidence of something that is being subdued by the story of the problem. What’s missing from the difficult or frustrating situation, enough that when it’s missing, we are disoriented by its absence? What does this missing thing help us understand about the specific values that we hold, that might help us refocus and move forward?

Narrative questions about what we value and hope for guide us back to the evidence that we can live capably, and that we have skills to meet the challenges that we face. Narrative encourages curiosity about how and with what support we have developed values that make us different from the person sitting next to us. And even if these values are also aligned to faith, or organisational visions, or culture, and seem at first glance to be a bit like everyone else’s, they’re not.

Our values can’t be categorised by workplace psychology assessments, and they can’t be detected by facial recognition software. They can only be named by us. They show up in our stories, with a little jolt of recognition, and sometimes with a secret name.

In her Adorno Prize Lecture given in December 2012, Judith Butler asks why we have come to accept a world in which different lives are valued differently. This is a complex reflection on the way we are sorted out and marketised by systems like work that are not interested in human flourishing in a general sense, but in maximising gain and minimising risk to the powerful. Whether we profit by these social rankings, or are diminished or discarded entirely by them, we each have to figure out how to live.

Butler describes the lives that are dismissed as “ungrievable”, and for me this connects closely to Arthur Frank’s recent formulation of the voices we choose to tune out, who then become “unhearable”. To Butler, this differential valuing of human life is evidence of a world that is living badly, and she asks what moral options are available to us to live perversely in this world—to live a good life in a bad life.

So if this sort of world – what we might be compelled to call ‘the bad life’ – fails to reflect back my value as a living being, then I must become critical of those categories and structures that produce that form of effacement and inequality. In other words, I cannot affirm my own life without critically evaluating those structures that differentially value life itself.

So in Butler’s essay, I find the terms on which I can begin to challenge the way universities and employers are currently hustling a vision of graduate employability, with its accompanying inevitabilities: surveillance, artificial enhancements of human capacity, workspaces that listen in and coach. In proposing to students that they come to university to earn the right to better jobs than their parents, their friends, and most of the people in their community, we are actually asking them to invest themselves more deeply in this bad life—in systems that have already been proven to fail on the most basic measures of justice and care.

But I don’t think they’re fooled. They are already critical of the structures that differentially value one life over another. They’re not critical because of what they study, but because of what they’ve learned through work, and through watching the way that the economy has treated their families and communities. They’re already listening to the scientific evidence that we can’t go on differentially valuing one place over another, pretending that the way we act in one place isn’t melting glaciers or causing warming seas to rise in others. They are working with an understanding of global interdependence that is both fierce and unimpressed.

Universities have fenced ourselves off temporarily from critical conversations about the future of work because we have instead invested in the short-term promise that jobs are good, employability is our value proposition, and we’re not responsible for the impact of privileged lives on the lives of others. This is working for the time being, because we’re in a tight lock with government priorities. It’s not a position from which we can be critical of the cruelties of the labour market, not least while we perform so many cruelties in our own.

But there is a generation of students coming just after this one who are already activist, and who will expect the same from us. Getting ready for this future seems as important as preparing students for Myers-Briggs and the workspace that knows what you are thinking.

Watch this. And then watch this.

Open is as open does