None of this is inevitable — not MOOCs, not funding cuts, not the death of the giant brick-and-mortar research university or the death of the small liberal arts college, no matter how gleefully the libertarians in Silicon Valley rub their hands as they craft their hyperbolic narratives about the end of the university and the promise of education technology — all their stories about innovation and doom and profit.

“Normality’s threatened by the monster” movies sell us a proposition about the human response to threat. Whether we’re facing sharks, aliens or legumes, they tell us that the drama will be extended by people who don’t get it. Some fail to act because they find the risks too preposterous to accept; more venally they engage in a cover up in order to protect their own short-term business interests. Then there are crowds who get so excited and optimistic about change that they welcome the end of the world by partying on rooftops with placards.

Over the last couple of days I’ve found myself skirmishing with Jonathan Rees in a way that makes me wonder which of these groups he thinks I belong to. Round and round we’ve gone, more or less like this:

@KateMfD @qui_oui @audreywatters Anything can be a weapon when power is distributed unevenly. Nobody innovates in a vacuum.

It’s the most we’ve disagreed since we first clashed over whether doing stuff online is the end of the world as we know it.  And if you’re called revisionist by a historian, you need to pay attention.  But I think what we disagree on is what we’re defending.  Jonathan and I both occupy tenured positions.  That we have jobs at all is thanks to the willingness of our adjunct colleagues to keep our institutions running. There’s so much wrong here I can no longer see the difference between Coursera and my local university. Both claim transformative effects, both seek to maximise market share using minimum labor costs. Jonathan, who is a labor historian and activist, takes a different view, that he expresses much better than I can. But the business bottom line is that he and I depend in our day jobs on labor that is exploited, and people that are harmed by this, in complex, awful, obvious ways.

Then I went back to the post that Jonathan threw up as evidence that I’ve been some kind of MOOC apologist, and found there isn’t anything I’d say differently now. This is what I think:

To achieve most of the things that are good under these difficult conditions, some of the time we need to be online, because we need get out there to think together, and to find our fellow travellers. We do need to stop calling anything a MOOC, let alone everything.  This hopeless label now actively prevents us from thinking about differences between a whole range of things because they have “online” in common, even as we try to reclassify them with enigmatic qualifiers like “x” and “c”.  In this field, “x” really can be anything, so let’s just say that the problem is MOOC itself. It can’t be recuperated because in the past 12 months it’s been associated with too many toxic enthusiasms: educational colonialism, brand fetishism, and AI as a substitute for the subtle gift of time that humans share with each other.

Yesterday I sat outside watching smoke haze from catastrophic bushfires drift over the place where I live.  The fires are a very long away from here, but the burned gum leaves are falling in my yard.  They’re visitations from a terrible struggle that someone else just went through, somewhere else, not me.  But in falling here they make clear, like pollution or rising sea levels or global finances, that we’re in this time together.

I was waiting to connect to a small live online conversation with educators from Canada, New Zealand and the US, who are all working together in an online course for open educators that’s the first put out by a Canadian start-up, Wide World Ed.  It’s six weeks of talking and thinking, and it’s not all that M, nor entirely O. It’s also not necessarily C.  But it’s online, and that’s how come I’m in it.

Maybe in the rush to market we’ve all forgotten how to acknowledge that live online presence of other people still feels magical and strange, like falling leaves from somewhere else.  As I listened to the sounds of someone typing at a keyboard after midnight on the other side of the world, I realised that I’m still a believer in what this can mean for locally relevant education.

I just no longer think universities are the best or only way to let this happen.

This is written in gratitude for all the other writers like Jonathan who help me make sense of MOOCs, but especially Melonie Fullick, who was on it very early. 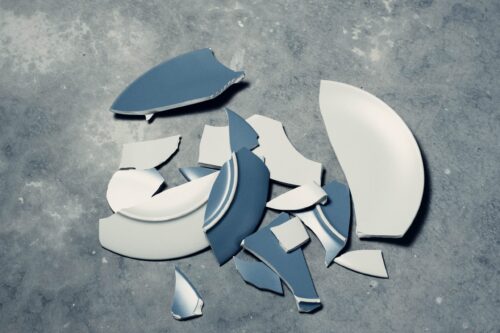