It’s been a dramatic and painful week around the world, and a week for scepticism about the value of “breaking news”. Here’s Australia’s contribution to the world of redundant announcements, from our busy Minister for Everything*, Craig Emerson:

No one’s surprised at the news that if elected Tony Abbott will hang on to the cuts made to higher education without passing them on to schools. We’re a risk averse sector with a sharp eye for the unforeseen. And this risk was exceptionally easy to see: it’s the elephant that’s been sitting in our kitchen all week, helping itself to cake. When the Labor government announced cuts to Australian universities in order to save Australian schools without securing the support of the mostly conservative State governments, with all the polls and pundits predicting Tony Abbott as the PM of a new government, our lunch money was gone.

It’s hard not to see this as an own goal by the current government, a parting gift for their successors. We’re a really small and efficient sector. We’re on track to meet the targets we were given for increased participation overall. We’re a star exporter of services. We’re already floating on a cushion of volunteered time and work. There’s not that much more to cut without suffering pushback from students and industry partners, not to mention our actual partners and families, and Australia’s full-time university workers and managers have been fairly vocal about this. (Do read Tseen Khoo’s post, which is packed with helpful links.)

We’ve said a bit less about the likely impact of the reforms to the ways in which Australian university students are funded. There are two small but significant shifts to the current income-contingent loan system, and although one will hit middle class families harder, both have had to be managed by pretending that student debt is a virtuous and low-risk investment in a very sparkly future. Firstly, there will no longer be a discount rate for those who pay their fees upfront; and secondly, the existing scholarships that help some students meet the set-up costs of participation (especially in terms of textbooks) will now be added to their loans.

Expanding investment in student debt isn’t such a gift to the next government; really, it’s more like the prawn heads left in the curtain rods.  Not only does Australia already have a hefty unpaid bill from Australian graduates who have either left the country or died with their debt intact, but this week we also have compelling evidence from the Federal Reserve Bank of New York that young Americans with a history of student debt reacted very negatively to recession after 2008. They retreated from the sectors of the economy they had traditionally been expected to prop up, particularly home ownership. They became slightly less likely to buy cars that required loans. And the overall impact on the consumer economy of their inconfident spending and debt exhaustion is bluntly put:

Despite unprecedented growth in the student loan market, student borrowers appear to have participated fully in the recent consumer deleveraging. This was possible only through a collective retreat from other standard debt markets.

Student debt isn’t just bad for the economy, it’s also bad for students. It’s sold to the electorate with the image of doctors and lawyers who surely owe their fair share; less is said about the fact that those who owe most are those who are slower to reach the income threshholds at which they’re required to repay — those graduates who become parents and then spend a long time in the part-time workforce, for example, or those in remote and regional areas who remain underemployed relative to their qualifications. It’s also one of the only major debts that can be taken on in Australia without the obligation of the lender to counsel the borrower about their fitness to repay. Quite the opposite: universities market the benefit of participation on the promise of a graduate earnings premium, and keep the image of the lender and the future debt nicely vague.

Awkwardly for all concerned, the Grattan Institute has just pointed out that the graduate premium in Australia isn’t as high as it is elsewhere (p.40); and is off-trend in relation to other OECD countries. This is partly because the real growth in jobs and increases in wages has been in unskilled and construction work in the minerals and mining boom, and it might level out. But as the Grattan Institute also point out, it’s precisely by increasing the supply of graduates overall that we are playing our part in keeping the graduate premium low (p.39).

School-leaver students are unlikely to be experienced in risk calculation. This is the first big debt for many, especially those who have never had an car loan or a credit card. Meanwhile academics, who do know about the impact of personal and household debt, are so testy about the suggestion that students are consumers that we turn a blind eye to the fact that they’re actually borrowers. It’s something we rarely discuss, and we certainly don’t encourage them to let debt shape their decisions, just in case this results in attrition.

There’s a lot being said at the moment about how we should innovate and what we should do to achieve efficiency. I agree completely with Richard Hall that these calculations are framed within a far bigger crisis, and that the enclosure of academic labour and hedging of student debt are complexly linked with the deeply scarring patterns of social exclusion upon which capitalism increasingly depends. But while we’re here and making decisions, I think that whatever curriculum we draw up, whatever resourcing or delivery decisions we make, whatever cost savings we attempt and whatever justification we give ourselves, we need to keep in mind throughout it all that university students’ debt is also our debt to them for showing up.

Because with both sides of government now treating us all with equal contempt, we’re really in this together.

(Thanks to Andrew Vann for much explaining of the sums.) 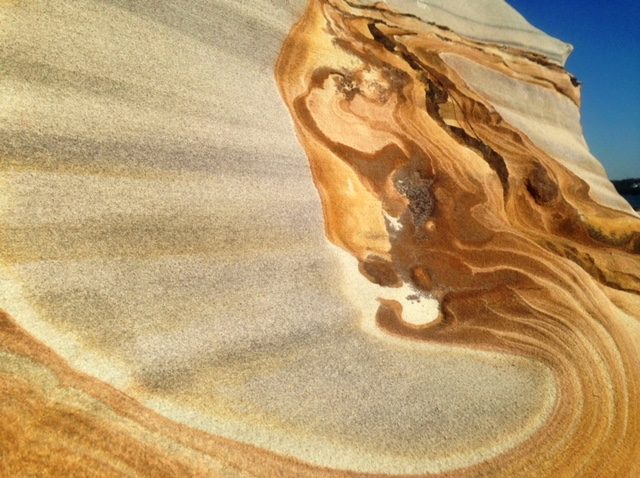 One professor at a time