The heart, in contrast, is a universal symbol that resonates across languages, cultures, and time zones. The heart is more expressive, enabling you to convey a range of emotions and easily connect with people. And in our tests, we found that people loved it.

Here’s the thing. There is no single Twitter experience, no coherent “you” that can be better enabled by corporate tinkering within its miniaturist frame, because Twitter is just people. Millions of us use it every day—although apparently not enough to satisfy Twitter itself, or Wall Street, because Facebook. And we each use Twitter for reasons that are peculiar to us, in ways that help us make sense of the world from where we are.

We use it to listen out for things, to propose ideas, to be amongst people, to drop in on conversations, to join a crowd, to run rings around a stupid thing, to pay respects, or just to hear from one person, to mark one single struggle to make it through a sleepless night. We use it at work. We use it with our families. We use it to network. We use it to cross boundaries and make boundaries, both. And among this vast crowd with more or less nothing in common we make the best that we can of the ways in which it doesn’t quite work. We patch and customise and turn a blind eye.

Sure, promoted commercial Tweets are exasperating and often untimely. Spam, bots, fake accounts—they’re all part of what makes Twitter lively to some and trivial to others. And then there’s the ugly side, the vile and stupid things that people feel free to say because distance protects them from rebuke, and because in some mouldy basement of human nature bullying continuously reappears, but as a game.

So why the big deal about Twitter changing a star for a heart, turning ‘favourite’ to ‘like’? If we all used the same button before, you’d think that some claim to enhanced iconic universality would go down well with us. Isn’t that what makes us a global community, a worldwide human radio station?

But it turns out this isn’t the case. For me it’s because of the way Twitter explained it. In that moment, in that truly awful blogpost, we all just learned that Twitter comes from a very specific corporate cultural place, that’s both within the US and not. It’s a faith system, a set of beliefs that may well have something in common with other tech corporates, and it enables things to be said without any sense of irony or risk.

Show how you feel without missing a beat.

No, really, Twitter, this isn’t a simple thing. Jamming the whole world of human affect into a slogan doesn’t make it so.

And what the rest of us should hear is this: whenever someone tells you that their way of seeing things is universal, it’s not.

We’ve been down this path many times. Here’s Will Hays, chief strategist and political lobbyist for the American motion picture industry, advancing the case in 1945 that Hollywood should expect to enjoy unrestricted global market share:

for through the universal language of pictures men of every race, creed and nationality everywhere have shared innumerable common, vital experiences, with mutual emotional sympathies, and in a manner to develop mutual understanding

In 1945, this vision of everyone everywhere coming to a common understanding carried weight. But Hays had built his lobbying framework much earlier, and had spoken and written consistently on this question of the universality of Hollywood’s take on things, just as Twitter is doing today. Across all sorts of changing political circumstances, Hays smoothly reminded the industry and its critics that Hollywood was above politics, and above the economy, because of the universal language of pictures in which it spoke to the world—and with which it expanded its market share.

Sometimes you really do have to stand outside of a culture—a company culture, a national culture, a zeitgeist of any kind—to see the limits of its claims.

Is Twitter naive about its claim? Is it cunning? Probably a mix of both. But the upshot is that if you’re a Twitter user who used to click the favourite button to save something to read for later, or to nod sympathetically in the direction of human distress, you’re now reduced to a gesture that comes with much narrower emotional range. 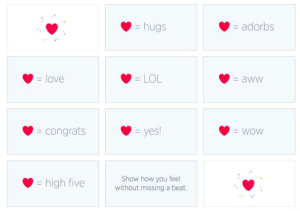 Looking at this, I’ve been thinking back to the way that Twitter has brought news to me over the past few years, that I’ve marked and kept, and I’ve been wondering which of these possible meanings I could appeal to, without missing a beat.

Twitter showed me, before I could look away, the horrifying death of Muath al-Kasasbeh. Which of these responses could I have given? Twitter brought me right into the last moments, the fierce anger, of Kajieme Powell, and the desperate search for answers in the loss of Sandra Bland. In the middle of the night, with many others in Australia, I lay awake watching Twitter until the final news came from Nusakambangan that the long campaign to try to achieve mercy for Myuran Sukumaran had ended. And as the whispers went around, what could have been said? High five? Adorbs?

The Twitter star icon, and the language of “favouriting” was just as much a simplification. But no one from Twitter had thought to tell me what I meant by using it and so I used it for my own devices.

Now I’m reminded sharply that I had this privilege at all because of a US tech company’s vision of the universal, that turns out to be one I truly don’t share.

Bonnie Stewart is quoted here at Hopes & Fears and for me nails why Twitter’s gesture is such an epic fail in relation to gendered interactions among strangers in a crowd.

Maha Bali has pulled together a conversation on different sides to this.

There’s a whole lot of reaction on #TwitterHeart on Twitter. 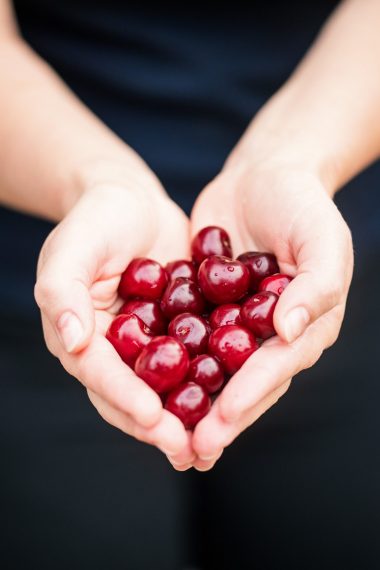