All the routine jobs will eventually be replaced.

Someone talking on the radio one morning

It’s the morning routine. I’m driving to work, and thinking about my job, and all around me are the people doing their jobs as I’m on my way to mine.

Right there in the morning traffic, there are two men laying out bollards in a row, because something’s up and today’s the day. And beyond that the freeway and all its stuff that’s only there because people with routine jobs were sent out in all weathers to put road things in place: traffic lights, direction signage, concrete lane separators, small new plantings of suitably tough freeway trees.

But suddenly a voice on the radio is telling me we’ll all be better off when driverless cars reduce the possibility of human error and with it, presumably, the need for all this signage when vehicles are guided by satellite, and don’t need to know what the speed limit is.

Who will pay a premium, he asks, for a human driver? And maybe this won’t be the only road-based job that’s lost in the workless future he’s explaining to us.

At Macca’s, people are the key to our success.

We’re taking a quick road trip break, and her eyes light up. We can do this, she says, and shows me how. We stab at a brightly lit board, like we’re checking in for a flight. It’s drive through, just indoors. While we’re waiting in line for the food to come, I point out to her that she’s a low-waged supermarket checkout worker and this is exactly the tech that’s coming for her. “I suppose it is,” she says.

Together we watch her peers and even younger doing the kind of routine minimum-wage work that disruptive tech can’t be bothered yet to replace: putting fries in a bag, calling out the number on the docket. It looks to be unsmiling work, requiring the minimum of customer engagement. The voice on the radio promised that factories are already competently staffed with robots. But service work is something else.

A tired looking girl who looks about fourteen calls out our number, and hands over our bag.

I’m at my desk, filling out forms. The forms are all the same. If this isn’t routine, I don’t know what is. The voice on the radio promised that cognitive labour won’t easily be replaced, that computers aren’t coming for the thinking or emoting or analysing jobs, just the routine jobs. Computers can provide brief sports reports, he said, maybe a paragraph. But we will still be needed for the thinking work.

The voice on the radio is a professor. He works in my profession, and I can guess roughly what he earns for the cognitive work of writing books on the automation of labour, and talking about this on the radio.

To see if I’ve remembered his words properly, I stop filling in forms, look up the radio program, download the recording, play it back, and then search again to read about his book. It’s routine academic work to link from this blog to all of that, to play my part by contributing those unrecoverable moments of my human time and attention to his enterprise. (It’s much rarer to acknowledge this invisible labour in the academic attention economy.)

If I don’t do this routine work of citing the specific individual who put these words in a sentence and frisbeed them out into the public conversation, then I’m also eliding the work of their career building effort, their sacrifices, their hopes, their research and all the supporting labour that got them to the point where they could be on the radio in the first place. If I don’t do my routine job properly, they’re just an anonymous someone talking on the radio one morning. Because the most easily replaced part of any idea is the person behind it, once it’s out there.

The taken-for-granted routines of respectful academic practice are those that we don’t think about nearly enough in labour terms: making connections, citing, linking, building each other’s reputations, carrying each other along like a raft of fire ants in a flood.

Last week I had the honour of leading a track at the Digital Pedagogy Lab in Fredericksburg with Maha Bali. Maha’s blog is titled “reflecting allowed”, and perhaps more than anyone I’ve worked with, she means it. She reflects constantly and compassionately and deeply, and you can see this in her two blog posts about the event, here and here.

Though the week I learned that we’re still struggling to centre professional development on the most urgent questions of labour in higher education. This event did touch briefly, and painfully, on the question of what it means (to Americans) to have tenure, and what it means to walk away from tenure and start a business instead, to become an employer instead of a cultural critic of capital. But the majority of workers in higher education, including in America, don’t have anything like tenure. This isn’t some dystopian future: most work in universities is already done by people who can be let go or replaced in a variety of ways, because there is both a labour surplus in our profession, and a politically-inflected funding crisis in higher education, and these two system failures converge to create the business conditions in which precarious staffing is a norm.

And at the same time digital pedagogy is significantly and continuously extending the ways in which we and our students volunteer our labour for large (American) corporations with every keystroke we contribute, every search term we fashion.

Labour is not an optional topic.

The room that Maha and I worked in during the week was furnished with the kinds of seating designed for learning that irks Amy Collier.

Why do we need critical instructional design? Because we think of design as solving problems. Need active learning? There’s a chair for that pic.twitter.com/4jMjl2iQfm

These chairs rile me too, for so many reasons. They’re the fidget spinners of higher education. It’s not just the overblown claims made about their transformative potential by the vendors who are excited to sell them to us, but because of all the ways they normalise a particular body type, and in doing this prepare to humiliate any student who doesn’t fit the mould, literally.

And in Fredericksburg we quickly learned that a roomful of 30 of these chairs places a particular burden on cleaning staff who are required to restore room layout at the end of every day. Rolling them back into line, if you’re not sitting in one, is back-bending work.

To craft good pedagogy, we need more than fancy chairs. We need to be vigilant in keeping all levels of labour in view. The workless future that is purportedly going to free us up for more creative and engaging lives will not treat us all the same. And we need to be equally scrupulous in acknowledging all of the work of invisible hands that make digital pedagogy possible (and thanks to Audrey Watters for that link). This is essential critical justice work; without it we really are just putting fries in a bag.

It’s lately seemed that updates to autocorrect have dialled up its intensity. It’s becoming either quicker to finish our half-formed thoughts, or we’re slower to notice.

Halfway through a conversation with a friend, I read back over what I’ve written and notice that Deleuze has been substituted with delouse.

When I back up to explain what I was trying to say, autocorrect jumps in to suggest that what I really mean is delusion.

And all the routine jobs will eventually be replaced. But not like this. 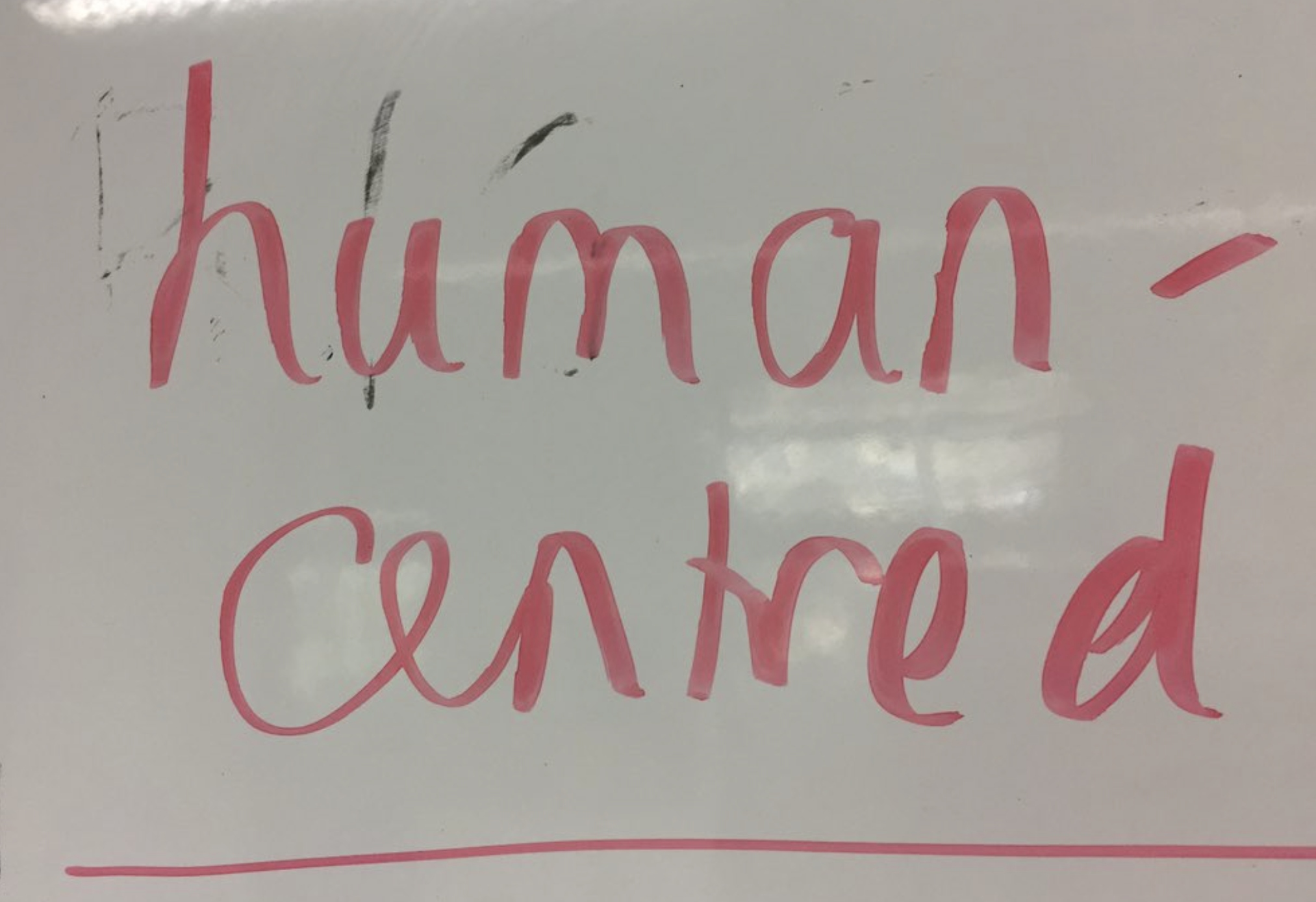