I forget why exactly, but I’m on a daily email list for the US fast food industry. I’ve learned all sorts of colourful facts about change management practices and customer loyalty schemes, and it’s getting harder to avoid the conclusion that higher education institutions and quick service restaurants are marching to a similar drum. Mad Greens*, for example, is currently pitching for the same trifecta of improved service quality, compliance and productivity that informs most of the divisional workplans I’ve seen recently. Awkward, really.

The other place where we seem to be learning from the quick service trade is in seasonal hiring and firing. Here’s how they put it:

It’s no secret the employee turnover in the restaurant industry is high, and there’s a consistent need to find and hire the best talent. … Exacerbating the problem is that many restaurants frequently rely on inefficient paper-based processes to hire and onboard their staff, often doing so frantically when they find themselves short-handed for a shift and an applicant walks in the front door.  But such practices are always costly, and invariably lead to additional problems ranging from the merely annoying to utterly catastrophic.

It’s hard to overstate how painfully familiar this is. We also react to industry competition with a service model that avoids turning anyone away, and instead depends on frantic just-in-time hiring. So we also end up causing problems that are annoying—and sometimes catastrophic—not just to us, but to the people we hire.

Many casual academics in Australia juggle our erratic hiring cycles with a more long-term engagement with Centrelink welfare payment regulations, that flows on to their relationship to income tax and family benefits. These are critical factors on marginal incomes: people trying to pay their own bills, let alone meet the needs of their families and children, do need to know exactly when they’ll be paid and how much.

Even when institutions handle this well, and everyone gets paid on time, hourly paid academics are still left with the practical limitations of pieceworker rates for tasks that no one has taken the time to measure.  It’s one thing to say that an hour spent with a class is a real hour; but another to estimate that a pile of student assignments each takes the same fixed amount of time to grade. 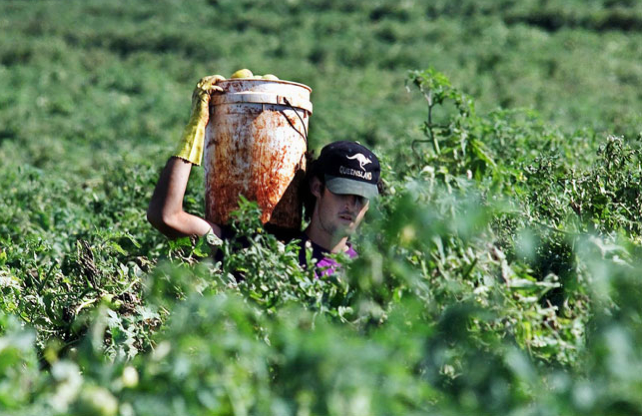 Grading student writing shouldn’t feel like fruitpicking, and yet in Australia it’s paid according to the same pieceworker logic: the total number of students assessed, multiplied by a plucked-out-of-the-sky flat rate for how long on average an assignment of a particular length should take an average competent marker to grade.  (The “average competent” calculation in industry pieceworker rates is itself a piece of work. If you want to know more about how Australia’s fruitpicking industry handles it, make a cup of tea and sit down with Fair Work Australia’s explanation.)

The thing is that giving feedback on a piece of written work—and then another, and then another—might in practice average out, especially for experienced markers, but mostly it doesn’t. This is because it’s really important. Higher education claims to develop students’ abilities to communicate effectively in writing, and feedback is key to developing that ability. It’s assessment, but it’s also part of the overall practice of supporting students to continue to learn, and to graduate with confidence.

The more academically underprepared the student, the more protracted grading becomes. It takes time to fish out and explain the rules of written expression, effective structure, useable style. Students are genuinely grateful for careful, personalised help with writing; it makes a practical difference to their later success. It’s at the heart of the value that we claim to add, and probably more important than anything we do in the room.

But the pieceworker calculation penalises care. Hourly paid academics who take a bit longer to try to help underachieving students turn their situation around end up paying for it out of their own pockets. Their real hourly rate plunges from a figure that looks attractive in relation to other kinds of casualised employment, to something much closer to the rate they’d get for stacking shelves or turning burgers. Grading speed is implicitly rewarded over grading quality—not something we mention when we’re selling the virtues of a quality education.

And here’s the heartbreaking bit: our casual colleagues aren’t collecting the reward.  Far from gaming the system in an attempt to get their real hourly rate back up to something that reflects their experience and qualification, they’re volunteering again and again to drive it back down to fruitpicking and dishwashing rates by putting in the time—on email, in discussion forums, over coffee, in comments on essays—to try to help students do better in the next assignment or the next class.

Will edtech help?  Will hourly paid tutors develop comment libraries that they can drag and drop in Grademark or Remark or Lightwork or any of the other systems that will enable this role to be performed more quickly, in more machine-like ways? In part, this depends on us getting our act together to put these opportunities in place.

But are we preparing to pay sessional staff the professional development time that they will need to develop these libraries? Our current track record in supporting their professional development or compensating their real contribution to our teaching resources suggests that this is hell-freezing-over unlikely.  More obviously, we might supply them with prepared comments we’ve written, that they can drop onto the student page like pre-set burger toppings.

Let’s stop for a moment and think about how that might feel.

Where will change come from, if all this is so discouraging? Walking across campus the other day with a colleague, I was impressed by the conversation she stopped to have with two students close to graduating, whom she’d taught in their first year. She asked how they were getting along, and what they were planning on doing next. They wouldn’t have known from her attitude or her investment in their progress that she waits every semester to know whether she has work (despite the fact that we know every semester that we depend on casual hires), and that in the between-times she heads back to the dole office.

Perhaps they should, because if another group understands casual service work, it’s students. And if these two groups got together, I think they’d start a new conversation on university campuses about the long-term social and personal consequences of whole communities making do in the piecework economy—a conversation higher education should lead, but for obvious reasons, can’t.

*Not what you think, Australia.  It’s a salad bar franchise.